Andrew Dominik on ‘Blonde’ reaction: “I’m really pleased that it outraged so many people” 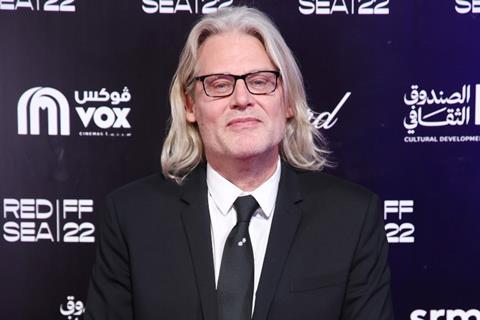 Australian director Andrew Dominik has responded to the reaction to his Marilyn Monroe biopic Blonde, saying that he’s “really pleased that it outraged so many people.”

Speaking at an in-conversation at Saudi Arabia’s Red Sea International Film Festival, Dominik said, “Criticism only hurts if you agree with it, and I didn’t really agree with any of it. I was expecting critical success and that no-one would see the film; Blonde was kind of the opposite. In America, they hated the movie. They were angry, outraged by the film – but a lot of people saw the film. I was kind of surprised by it.”

Dominik had worked on Blonde for 14 years before its debut in Competition at Venice in September this year. “There’s a long history of directors dream projects being bad films; critics in America would say that about Blonde. But they’re wrong!” said the director.

“I’m Australian, from Melbourne – I came of age in the 80s when to offend your audience was a solemn duty,” said Dominik. “The movie business has become less and less like that; the movie business and society in general has become very concerned with not offending people.

“There’s a good motive behind it, which is they want to be sensitive; but I don’t think that rewriting the truth about things is the right way.”

Having told Screen in February this year that Blonde is “a knockout… a masterpiece”, the director’s view of his work has not been diminished by the polarised critical response. “I think the film’s great, I love the film,” he said.

”Blonde is a very well worked-out film. Those who don’t think that aren’t watching it. If you sit back and trust that the movie knows what it’s doing, it’ll work.”

Audience perceptions of Monroe prior to viewing the film affected their expectations, the director believes. “What they want is a hagiography, they want a celebration of that person according to the mores of the time,” said Dominik. “Marilyn Monroe has meant different things at different times. Now we’re living in a time where it’s very important to present women as empowered, and they want to reinvent [Monroe] as an empowered woman.”

”I think her actual life was way worse than the film,” he said. ”If you spent 70 years enjoying a fantasy of a person; then a movie comes along that says she was not complicit in your enjoyment, it puts you in an uncomfortable position for having enjoyed it. People don’t want to be put in that position; they want her to be the one that created their enjoyment, and was along for the ride, then had a bad year and killed herself. That’s not the way it works. There’s no redemption in suicide.”

“Americans don’t like you to monkey with their mitts too much,” he continued. “They very often want to jump to the solution without looking at any of the trauma.

“What they said was that the movie exploited her – which was kind of strange, because she’s dead. What they really mean is the film exploited their memory or image of her – which is fair enough, it does. It’s trying to take things that you’re familiar with and turn the meaning of them inside out – that’s what they don’t like.”

“Marilyn Monroe inspires this desire to rescue – that’s the meaning of her as a figure,” continued Dominik. “Everybody feels that they know her and what’s best for her and how she should’ve been treated. But there’s not going to be any version of that that anyone can agree on. My film is operating under the same attitude.”

Dominik said contemporary audiences are like children looking for bedtime stories. “They know every word of the story, and it brings them comfort; but I don’t want to make bedtime stories.”

“The reality is, most people see a movie on a TV screen anyway. The movie should work either way.”

Starring Ana de Armas as Monroe, Blonde launched on Netflix in multiple territories including the US and UK on September 28.