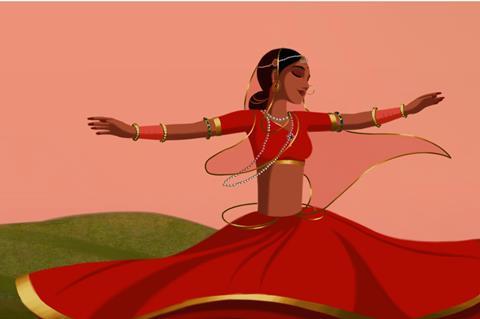 Netflix has acquired Indian animated feature Bombay Rose and plans to release the romantic drama in most territories worldwide, excluding China, in the third quarter of this year.

A French release will come next year. It has not yet been decided whether the film will also get theatrical exposure.

Bombay Rose was the first Indian animated film to open the Venice Critics’ Week when it opened at the festival last August. The feature also screened at the Toronto, Busan and London festivals and won the Silver Hugo at the Chicago International Film Festival and the Mumbai Film Festival’s Silver Gateway.

Produced by Rohit Khattar and Anand Mahindra for Cinestaan Film Company and Les Films d’ici, the film uses hand-painted animation to tell the story a club dancer who escapes from a child marriage and, living on the streets of Bombay, must choose between fending for her family and finding love with an orphaned boy.

In a statement, Rao said: “Having struggled six years to make the film happen, I cannot be anything but immensely grateful to Cinestaan and Les Films d’Ici for supporting and making Bombay Rose and to Netflix for believing in it enough to bring it to the right audience.”