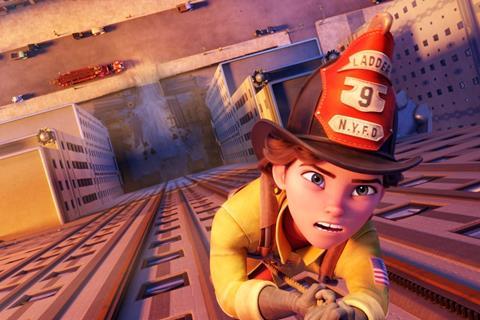 Cinemundo will release Fireheart in Portugal, Red Cape in Israel, Ascot Elite in Switzerland, Cinemaxx in Indonesia, Golden Scene in Hong Kong and Macau, Blue Lantern in Vietnam, Proview in Taiwan, TGV in Malaysia, Feel Good in Greece, Pioneer in the Philippines, Filmarti in Turkey, Sam Film in Iceland, and MVP in Mongolia.

Fireheart is set in New York in the 1920s as a young girl dreams of becoming the world’s first female firefighter. Additional cast roles include Mara Junot, Wilex Ly, and Ryan W. Garcia.

Laurent Zeitoun is directing and producing alongside Yann Zenou, with whom he is overseeing production at L’Atelier Animation studios in Montreal. The music-fuelled feature is scheduled for delivery in 2021.

Zeitoun co-wrote the film with Daphne Ballon and Jennica Harper from an original idea by Zeitoun. Ted Ty (How To Train Your Dragon 2, Rise Of The Guardians and Kung Fu Panda), the animation director on Main Journey’s Ballerina, is co-director.