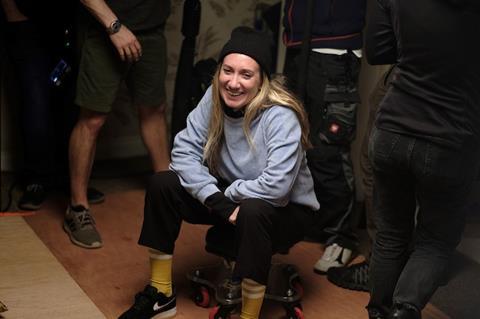 Annika Summerson on the set of ‘Mogul Mowgli’

The award was established in memory of NFTS alumna Gibson, who was the first woman to be invited to join the British Society of Cinematographers and its first female president.

“Sue Gibson was a pioneer and trailblazer for women in our industry, together with the equally amazing Nina Kellgren they both taught me at the NFTS and have always been a great support,” said Summerson.

Adam Singodia, a 2019 graduate of the school, won in the Music Video and Commercial category for his work on the music video for ‘Hold On’ by the band Not Waving.

The awards will be presented at an in-person event in the New Year at the NFTS, where all cinematography alumni will be invited to return.