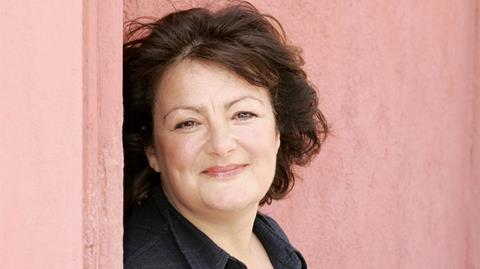 The Scottish star of Trainspotting and The Full Monty said on Twitter: “Such a sad day today. RIP Antonia Bird. Farewell my beautiful friend.”

Bird, who had a rare anaplastic thyroid cancer, died peacefully in her sleep according to a statement from her partner.

The statement added that she had an operation to remove a large tumour in April but “despite a determined fight, she had come to terms with the inevitable in the last few weeks and died peacefully in her sleep.”

Bird worked in TV in more recent years on series including Spooks, Cracker and BBC drama The Village.

She began her career at London’s Royal Court as a theatre director before making episodes of BBC soap EastEnders and medical drama Casualty in the mid-1980s.

Bird won best single drama TV BAFTAs for 1993’s Safe and Care, broadcast in 2000. The former dealt with homeless teenagers while the later tackled sexual abuse in a children’s home.

The film, written by Jimmy McGovern, tells the story of a Catholic priest’s crisis of faith.

She next made Hollywood film Mad Love in 1995, which starred Drew Barrymore and Chris O’Donnell as a teenage couple on the run.

But Bird returned to the UK to make tough crime drama Face in 1997, with a cast including Carlyle, Ray Winstone, Game of Thrones’ Lena Headey and Blur frontman Damon Albarn.

In 1999, Albarn co-wrote the music with Michael Nyman for Bird’s cannibal drama Ravenous, which again starred Carlyle alongside Guy Pearce and David Arquette.

On Twitter, Welsh described her as “a truly great woman”.

Documentary maker Cousins also took to Twitter and said: “So touching to see all the tributes to director Antonia Bird. The thing now is to make her work available and get it seen.”

Actor and star of the series John Simm said: “Antonia’s film ‘Priest’ had a profound effect on me as a young actor, so I was thrilled to be able to tell her as much when we eventually had the chance to work together.

“She was a passionate, attentive and incredibly trusting director. Her brilliant work on ‘The Village’ I think is a beautiful example of her talent, and it’s a tragedy that it turned out to be her last.

“I feel honoured to have worked with her and known her for a time. Antonia was a unique and wonderful talent and a truly lovely person, she will be greatly missed.”

Peter Moffatt, who wrote the series, added: “She said to me after filming finished on The Village: “I shot the fuck out of it..” Anyone who knew Antonia would know what she meant - she gave everything to the things she cared about.

“From a writer’s point of view she was wonderful because she listened so hard to the script. If she didn’t understand what you were after she’d talk to you until she did and if she didn’t agree with it you’d bash it through until you were both happy. You absolutely knew that she’d put what you’d both agreed on the screen.

“Film making is a collaborative process and it doesn’t work if the writer and director don’t trust each other. I trusted Antonia completely. Completely devastated that she’s gone.”