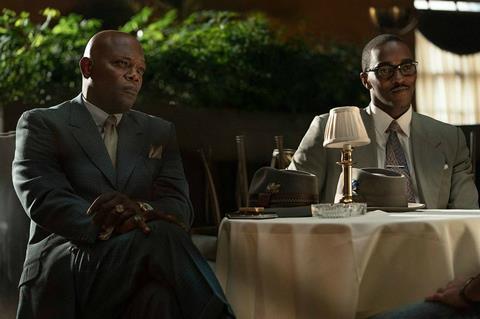 Apple has pulled the world premiere of The Banker as Thursday’s closing night film at AFI FEST citing “concerns surrounding the film”, and Netflix has stepped in to screen Marriage Story in its place.

In a statement released on Wednesday Apple said, “We purchased The Banker earlier this year as we were moved by the film’s entertaining and educational story about social change and financial literacy. Last week some concerns surrounding the film were brought to our attention. We, along with the filmmakers, need some time to look into these matters and determine the best next steps. In light of this, we are no longer premiering The Banker at AFI Fest.”

The world premiere was meant to be a splashy occasion for Apple and one of its first original films. Anthony Mackie and Samuel Jackson star in The Banker, based on a true story about two African American entrepreneurs in the 1960s who took on the Establishment and helped African Americans pursue the American Dream. The pair trained a working class white man to pose as the rich face of their burgeoning real estate and banking empire, while they posed as a janitor and chauffeur.

The film had been set for a US theatrical release on December 6 ahead of its debut on the platform in January 2020. However all that is now in question. Apple and AFI FEST sources declined to elaborate on its concerns, but it is understood the matter may be related to allegations by a family member levelled at co-producer Bernard Garrett Jr, son to the late Bernard Garrett Sr, played in the film by Mackie.

Adam Driver and Scarlett Johansson star in Noah Baumbach’s awards season frontrunner Marriage Story, which has already opened in the US and UK in limited theatrical releases and debuts on Netflix on December 6.