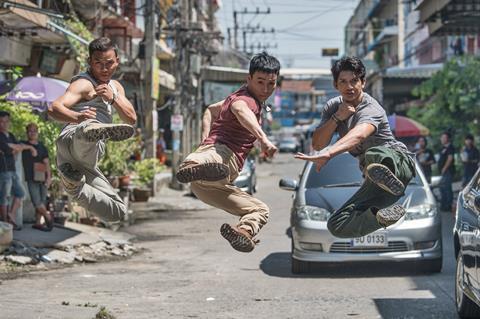 As previously announced, Well Go USA plans a theatrical release for early 2018, followed by ancillary platforms, and will also distribute in the UK and Australia.

Tony Jaa, Michael Jai White, Scott Adkins, Iko Uwais, Michael Bisping and Tiger Chen round out the lead cast on the story about a team of mercenaries hired to defeat assassins dispatched to kill a billionaire’s daughter on an anti-crime crusade. JeeJa Yanin and Michael Wong also star.

“The combination of our amazing cast, top martial arts experts and the high-quality filmmakers on this project have created a film that will set audiences alight around the world,” said Arclight Films chief Gary Hamilton and fellow producer Ying Ye.