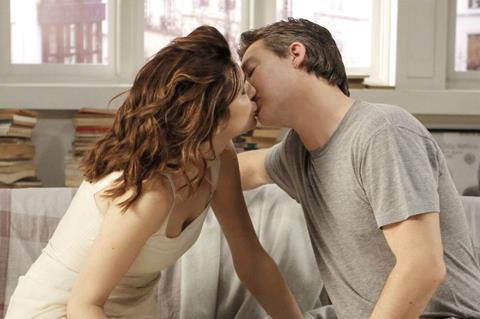 ’I Married A Dumbass’

Guido Rud’s Buenos Aires-based FilmSharks has reported brisk business in the run-up to Toronto, led by a US remake rights deal through its division The Remake Co. on Argentinian hit I Married A Dumbass (Me Casé Con Un Boludo).

BTF Media, a production company with offices in the US, Mexico and Argentina, has taken remake rights to Juan Taratuto’s romantic comedy (pictured), which has generated more than two million admissions in South American theatres through Buena Vista International. Rud struck earlier remake deals on the title with Sony for China and Sin Sentido Films for Mexico.

Separately, The Remake Co. has signed to represent rights on this year’s Peruvian family comedy Youtuber Dad (Papá Youtuber), which generated 205,000 admissions through Cinecolor Films Peru and tells of a 50-year-old father who loses his job and tries to strike it rich as a YouTube celebrity.

In other straight licensing deals involving FilmSharks, HBO Max has snapped up all of central and Eastern Europe on Jose Luis Cuerda’s sci-fi parody Some Time Later (Tiempo Despues), and Rocket Releasing has acquired CIS rights and AV Jet has taken Taiwan on animation Dalia And The Red Book 3D.