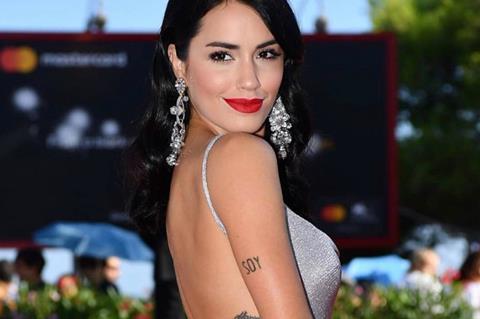 Argentinian singer-songwriter-actress Lali Esposito is attached to star in the TV version of the book, which explores the challenges faced by Millennials in matters of love and sex. Esposito has starred in several popular telenovelas and in 2018 Venice Film Festival entry The Accused (Acusada).

Author and TV writer Erika Halvorsen, known for series including Amar Después De Amar and Pequeña Victoria, will serve as showrunner and executive producer. Esposito and Tenenbaum will also be executive producers.

MGM plans to begin shopping the series to networks immediately as part of its push into Hispanic content for global audiences.

MGM International TV Productions vice-president of international development Diego Piasek commented: “The moment we read Tamara’s book, we knew it was a great project for MGM. Her singular voice will be an important addition to the elite roster of seminal storytellers who are creating genre-defining series around the world. Along with Lali, who is a massive star in her own right, and Erika, who is among the very best working in television right now, we have a formidable ensemble of wildly talented women creating a show that we anticipate will be a must-watch for global audiences.”

Halvorsen added: “This show feels like a wild scream of pure happiness; a response to the lack of freedom to create and push the envelope so many female writers experience. Working with Tamara and MGM from its inception has been incredibly exciting and will empower our final work.”