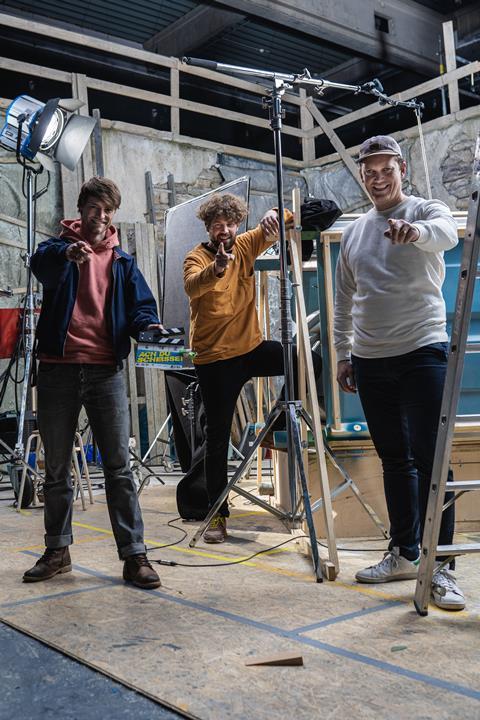 The action takes place in real time over 90 minutes, as architect Frank (Thomas Niehaus) regains consciousness in a locked portaloo – known in German vernacular by local brand name Dixi Klo – on a building site where a detonation is being prepared.

As he seeks to escape this prison in a race against time before being blown to smithereens, he realises who put him in this predicament: none other than the town mayor (Gedeon Burkhard), who has lecherous designs on Frank’s pregnant girlfriend (Olga von Luckwald).

The production by Tonio Kellner and Jakob Zapf’s Frankfurt-based Neopol Film received €290,000 ($350,000) in funding from HessenFilm und Medien’s dedicated programme for debut filmmakers as well as financial support from the fund’s Step initiative to give five interns work experience on a film production.

Principal photography of Ach Du Scheisse! – which translates as “Holy Shit!” or “Bugger It!” in English – will continue in Offenbach and Frankfurt until the end of March. Studio Hamburg Enterprises will handle distribution in Germany.

Rinker’s filmography includes award-winning short films, social spots and commercials. He is also known in Germany’s genre film fan community for a trailer and teaser he made promoting exploitation movie Laserpope, which Neopol has been trying to get off the ground.