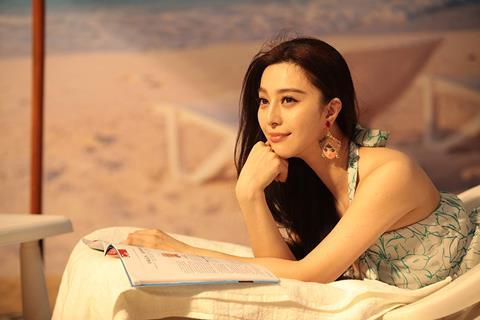 Fan Bingbing in ‘Lost In Thailand’

Missing Chinese superstar Fan Bingbing has been ordered to pay the equivalent of roughly $129m in late taxes and fines for tax evasion, according to a report on state-run news outlet Xinhua.

The report said if China’s highest paid actor pays the fines, which amount to hundreds of millions of yuan, on time she will avoid criminal prosecution.

The actress posted an apology on her Weibo account saying: “I’ve been suffering unprecedented pain recently… I’m so ashamed of what I’ve done. Here, I sincerely apologise to everyone.

“I completely accept all the penalty decisions made according to law, after the investigation done by tax authorities. I will follow the order, try my best to overcome difficulties, raise fund, pay taxes and fines.”

She added: “Without the good policies of the party and the state, and without the love of the people, there would be no Fan Bingbing.”

Fan disappeared from public view in the summer, sparking intense speculation over her business affairs. Her lengthy absence followed an incident in May when Chinese TV presenter Cui Youngyuan posted photographs of what were purported to be signed contracts by an unnamed major star that appeared to reveal a tax scam.

The documents illustrated “yin-yang contracts”, a process in China whereby one document detailing lower payment is submitted to the authorities for taxation purposes, while another containing the actual, far higher, payment stays under the radar. In this case the contracts were for $1.6m and  $7.8m.

The papers were attributed by some to Fan, who denied any wrongdoing. However the authorities launched an investigation.

Besides her many local films, Fan has appeared in the X-Men franchise, and was cast alongside Jessica Chastain in female-led spy thriller project 355, the most sought-after package at the Cannes market. Uncertainty hovered over her participation in that project after she withdrew from public view.