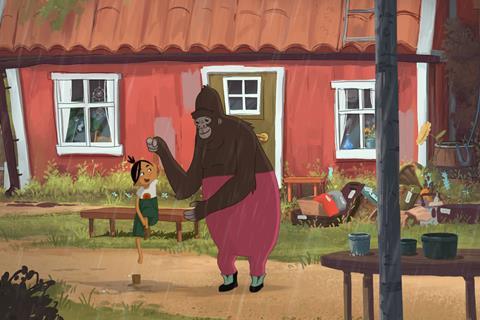 Attraction Distribution has boarded international sales for new Swedish animation The Ape Star, and has pre-sold the film to Les Films du Préau for France and In the Air for Benelux. SF Studios has Scandinavian rights.

Linda Hambäck directs the film about an orphaned girl who is adopted by a gorilla.

The 2D handpainted animation is produced by Lee Film and is set for delivery in November 2020. Hambäck also produces alongside Petter Lindblad. Janne Vierth adapted the script based on Frida Nilsson’s book.

“When I read Frida Nilsson’s book, I just fell in love with the profound relationship story about a mother and a daughter. It’s also an outsider story that many people could identify with and it raises the question – who is your family? As I am adopted myself, I just couldn´t resist her story.”