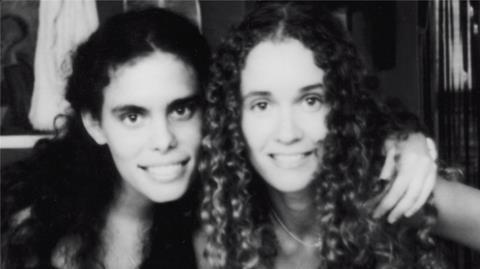 In the film, the two filmmakers and childhood friends, who lost contact with one another after they emigrated to different countries in Europe, reconnect via video letters and share their experiences in their adoptive homes.

They praised In A Whisper as a “refreshing expression of womanhood”, describing it as “an ode to loss; a celebration of friendship, will, and vulnerability; a reclaiming of hope and passion; and a piercingly honest cinematic dialogue are all embodied in this magical, original, and risk-taking cinematic endeavour.”

Three new IDFA awards were presented to films in the feature-length competition for the first time.

UK director Lucy Parker’s hard-hitting investigative documentary Solidarity won the IDFA award In the First Appearance competition. It investigates malpractice in the UK construction industry and cases of workers who were blacklisted for whistle-blowing about dangerous working conditions.

They described Parker’s work as “a rigorous, complex, and clever yet accessible look at a strongly contemporary issue, which transcends its subject and transforms it into a disquieting universal warning.”

The jury also gave two special mentions in this competition. The first to Russian director Ilya Povolotsky’s Froth, about a dying community on the Barents Sea, and Brazilian director Carol Benjamin’s I Owe You A Letter About Brazil.

In the latter film, Benjamin investigates the circumstances surrounding her father’s arrest in 1971, after he participated in student protests against the Brazilian military dictatorship, and his subsequent release after an international campaign.

The FIPRESCI award for this section went to Philippine director Alyx Ayn Arumpac for Aswang, exploring rising police violence in the Philippines since President Duterte took office, which has resulted in the deaths of tens of thousands of drug addicts.

The special jury award for creative technology in the storytelling competition went to Francesca Panetta and Halsey Burgund for their work In Event Of Moon Disaster, imagining an alternative outcome to the 1969 moon landing.