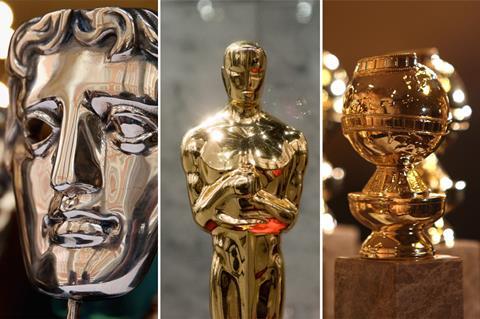 It is just two weeks until the first major deadline of the 2019-2020 awards season when Golden Globe voters must submit their nominations for the television categories on November 25, followed by film on December 6. The Screen Actors Guild (SAG) then closes its nominations on December 8.

For the Oscars, preliminary voting is open until December 10, the day after the Golden Globes nominations are announced on December 9, while round one of Bafta voting will not close until the end of December when SAG will also have announced its nominees.

The Producers Guild of America (PGA) and Director Guild Awards (DGA) also share the deadline for their preliminary votes to come in before January 6, 2020, the day after the Golden Globes ceremony (January 5, 2020) and just before the Oscars’ first round of voting ends and BAFTA announces their nominees on the same day (January 7, 2020).

The second half of January 2020 will see final deadlines for PGA, DGA, SAG and BAFTA, while the voting period for the Oscars is open until February 4, when the winners of most of the other major awards bodies will already have been announced.

December 12, 2019
BAFTA Round One voting opens at 10:00 (GMT)
PGA nomination polls open for Theatrical and Animated Motion Pictures and for series/specials and streamed or televised motion pictures

December 30, 2019
Golden Globes deadline for receipt of final ballots
BAFTA Round One voting closes at 18:00 (GMT)

January 8, 2020
National Board of Review (US) Annual Awards Gala