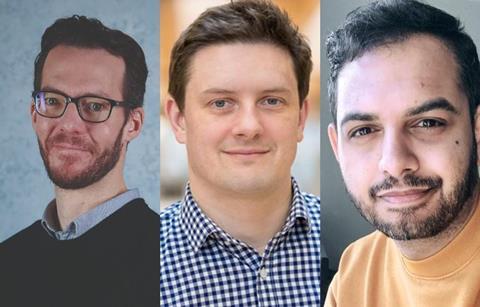 A landmark Freelance Charter to improve working conditions in the UK television industry has been unveiled at this year’s Edinburgh Television Festival by campaigning body The Coalition for Change.

While not legally binding, the charter works on the principle of collective responsibility and addresses recruitment and development, workplace culture including bullying and harassment, commissioning conduct, working hours, and training.

The coalition is chaired by freelancer and campaigner Adeel Amini, and work on the charter has been led by UKTV director of commissioning Richard Watsham and Zai Bennett, director of programmes for Sky.

While the charter is geared towards TV, Watsham said it could also be expanded to the film industry. ”The Freelance Charter is built on collaboration from a wide variety of organisations and individuals within the television industry and relies on a belief in our shared responsibility to create positive change,” he said.

”It needs a critical mass and breadth of contributors because the issues are endemic and require all of us to play a part, reassessing the way we work and engage with our colleagues.

“Although some of the organisations involved in the charter work across film as well, for now we’ve not engaged enough people in that particular industry to have a representative group.

“We hope the charter inspires other sectors of the media to create their own, or to approach the Coalition for Change to see if we can work together. It’s certainly not up to us to impose it on them, but it’s open for them to look at and consider and we’d be happy to engage with them.”

Among its most noteworthy commitments are: a pledge to break the cycle of rehiring; to cut back on broadcasters imposing people on a production; to ensure productions have a designated safeguarding officer for bullying and harassment; and to secure a realistic gap between greenlight and production starting, in order to improve recruitment practices.

The Coalition, which was assembled at Edinburgh 2020, unites all the UK’s public service broadcasters along with Sky, UKTV, Amazon Prime Video, and industry bodies including Bafta, the British Film Institute (BFI), Pact, Bectu, ScreenSkills and the Film and TV Charity.

A suite of bullying and harassment recommendations are laid out in the document, including productions putting in place ‘speak up’ mechanisms, safeguarding officers on set and training around respect in the workplace.

Under working hours section, the charter says long hours are sometimes necessary but that they should not be normalised, and members have agreed that “unrealistic production schedules should be avoided.”

Coalition members agreed that the training and development of freelancers is in the “best interests of the industry” recognising it is essential to the progression, well-being and productivity of the workforce.

To that aim, the charter “strongly recommends” mandatory recruitment training with emphasis on unconscious basis and interview techniques, and more affordable training across the board.

Fair recruitment and development is tackled via a set of demands including proper advertising of vacancies; a commitment to opening new opportunities to break the cycle of rehiring; opening a dialogue with freelancers post-delivery about career progression and a recognition of flexible working practices.

The day-to-day policing of charter commitments falls to the individual coalition members, but progress will be reviewed annually on a pan-industry basis by an independent freelancer survey conducted by Screen’s sister publication Broadcast.

Armed with freelancer feedback the Coalition will meet after six and 12 months to revisit the charter, and after that the group has agreed to meet annually. Companies and industry bodies are encouraged to sign up to the charter and be issued with a kite mark logo.