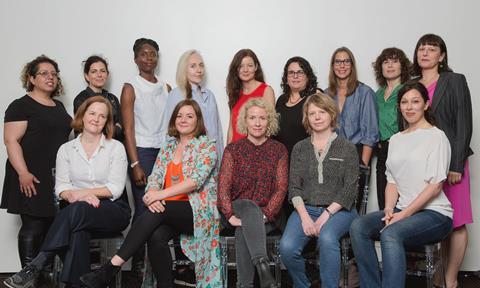 Bafta has named the 15 female directors taking part in its inaugural career development programme for under-represented groups in film and TV.

Launched in February, Elevate will initially focus on helping women progress their directing careers in high-end television and film. According to 2016 data from Directors UK, only 13.6% of working directors between 2004 and 2014 were female.

The group of 15 was selected from 250 applicants, and reflect a range of experience levels and backgrounds.

The year-long initiative will include panel discussions, masterclasses and workshops, These will build peer support relationships, address new technical advances, and promote the directors to the wider industry.

The programme, delivered by Bafta in association with indie Pia Pressure, was developed following a consultation period with commissioners, television execs and producers, agents and directors.

Bafta film programme manager Mariayah Kaderbhai said: “Through Bafta Elevate, we hope to provide these talented individuals with the platform they need to reach the next stage of their careers by helping them build relationships and allow them to benefit from Bafta’s network of industry experts.”

Bafta film committee chair Pippa Harris added: “The women identified through Bafta Elevate demonstrates just how much female directing talent there is in the film and television industries, and how important it is to support these women and ensure that their talents are being recognised.”