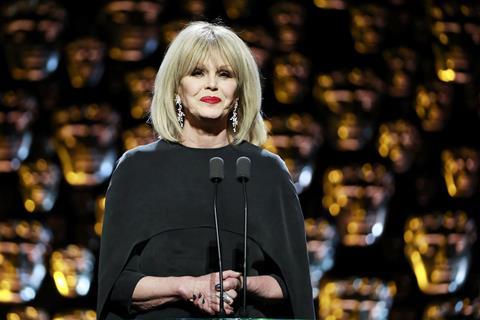 The 71st British Academy of Film and Televison Arts awards took place on Sunday 18 February, with the gender equality #TimesUp movement the dominant theme of the evening (along with some well-timed jokes from Joanna Lumley).

Below are some of the interesting quotes and speeches from the ceremony.

”Gary Oldman’s ability to transform himself was visible in his other roles this year - Yoda, Wonder Woman and Lego Batman”

”The exceedingly charming Hugh Grant is in the building. Quite how Hugh managed to portray a vain and egocentric actor is honestly beyond me”

”Nicholas Hoult and Rachel Weisz enjoyed working together on ‘About A Boy’ so much, they’ve waited just 16 years to do it again”

Producer Graham Broadbent: ”We finished this film about a year ago, it’s the story of a woman taking on the establishment – it seems more timely now in the last few months. Tectonic shifts are taking place. That’s good, not just for the film industry, but for everyone.”

”I am a product of arts funding within the United Kingdom, I’d like to thank people that financially support that, grassroots level.”

The Shape Of Water - Music

Alexandre Desplat: “What a venue for music [the Royal Albert Hall]. Guillermo your film is unique and the poetry you’ve given us is amazing. There’s a good bond between music and poetry.”

Kazuhiro Tzuji: ”Thank you Gary for pulling me back to the film industry, it was a great honour working with you.”

Lee Unkrich: “To the people of Mexico, your culture and traditions inspired me to make Coco. We’ve tried to take a step towards a world where representation matters, marginalised people deserve to feel like they belong.”

I Am Not Your Negro - Documentary

Director Raoul Peck: “I have a great team who followed me for ten whole years to make this happen. Of course I want to thank the great James Baldwin – the perfect image of a great humanist. He left us with words that are today urgently necessary in a world of unapologetic ignorance”

Jon Wardle: ”Confidence, fearlessness, risk-taking – these are central to the ethos of our students. Our goal is to ensure that the nominees of the future have the means to pursue their dreams. Thank you to Nik Powell, my predecessor, who I’m honoured to collect the award with tonight. Thank you.”

Nik Powell: ”The NFTS would not be where it is today without you Jon. As the great Arsene Wenger said ‘The largest room in the world is the room for improvement. At the NFTS, we concern ourselves with that room for improvement. That is on display in our students work at the BAFTAs tonight”

Paloma Baeza: ”Wow, it’s really heavy! Thank you to the NFTS for their support and belief that we could pull off talking bears against a backdrop of global warming.”

Sam Rockwell: ”I’ve been a journeyman actor my whole life, I never imagined I’d be here celebrating this incredible movie. Martin’s annoynigly handsome to be as talented a writer/director as he is. As we engage in this long overdue discussion about women in the workplace, I stand on the shoulders of strong, intelligent, righteous women who’ve made my life complete.”

I Am Not A Witch - Outstanding Debut By A British Writer, Director Or Producer

Allison Janney: ”I could simply murder a glass of water right now. I want to clear up a little lie that I’ve perpetrated for the last 30 years – I did not in fact graduate from RADA. I did attend a summer school for a couple of weeks.”

Gregg Landaker: “I’d like to thank the British Academy for this vote of confidence. To Christopher Nolan – thank you. It also marks a timeline in my life. This was my 207th film, and also my retirement film.”

Martin McDonagh: “What we’re most proud of about this film, especially in the year of #TimesUp, it’s about a woman who refuse to take any shit any more, played by a woman who’s always refused to take any shit. The performance from Frances was unapologetic as it was fearsome.”

Denis Villeneuve accepting for Roger Deakins: ”Roger’s shooting a movie in NY right now, he asked me to thank his crew and his wife. I would like to thank Ridley Scott – thank you for the freedom, we never have enough freedom. Thank you for honouring my friend who is a master of our times, I owe him a lot.”

Gary Oldman: “This is made all the more special because I can share it with my family tonight who are here… Winston Churchill, the man himself, in our darkest days in 1940 he held the line for honour and freedom for his nation – I thank you, Sir Winston, I thank you, the Churchill family.”

Frances McDormand: “Thank you British film people. As Martin said I have a little trouble with compliance. But I want you to know I stand in full solidarity with my sisters tonight in black. I appreciate a well-organised act of civil disobedience. I am thrilled that activists all over the world have been inspired by the set decoration and taken to the streets and are part of the positive public discourse. When I was a young actor I was told I was not naturally gifted, I was told I would have to work at it. And so, I did. Who would have thought that Marge Gunderson would grow up to be Mildred Hayes? Power to the people.”

The Shape Of Water - Director

Guillermo del Toro: ”The shadow of English culture has loomed large in my life, writers, cinema. The legacy of Powell & Pressburger is so important in this movie. The miracle that is Sally Hawkins. We studied Charlie Chaplin and Stan Laurel. The most important figure in this legacy is a teenager by the name of Mary Shelley. She’s as important in my life as if she were family. So many times when I want to give up and people tell me the stories I dream are impossible, I think of her.”

Writer/Director Martin McDonagh: ”We’re overwhelmed really – our film is a hopeful one but it’s also an angry one. Sometimes anger is the only way to get people to listen and to change.”

”Big boys don’t get upset and I’m quite upset right now. It’s been 40 years in this business and this is the first time they’ve ever given me anything. I could never be an actor because I could never remember the lines. It’s a tremendous honour to join this list of recipients. At school, I’d achieved the distinction of being bottom of the class for the 4th year running. Dad put his hand on my shoulder to say ‘you can only do the best you can, but whatever you choose to do, make sure you love it’. His advice was a wake-up call. The education system of the time allowed me to apply for art school with one GCe. That could never happen today. Art school was tough – some of the best were here. It’s important to acknowledge that entertainment can be the most powerful form of education. By the way I’m available in autumn 2019.”