Bankside inks deals on 'Strange But True', 'The Hole In The Ground', 'I See You' (exclusive) 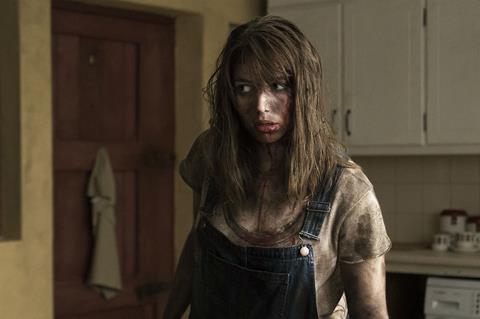 UK sales outfit Bankside Films has sealed a host of deals across three of the titles on its slate.

Starring Nick Robinson, Margaret Qualley, Amy Ryan, Greg Kinnear, Blythe Danner and Brian Cox, the thriller follows a couple who receive a visit from a pregnant woman claiming their son who died five years ago on Prom Night is the father of her child. Producers are Fred Berger and Christina Piovesan and funding came from Motion Picture Capital and Head Gear Films.

CBS Films previously picked up US rights at this year’s EFM.

Starring Seana Kerslake, Kati Outinen, James Cosmo and James Quinn Markey, the horror film follows a young single mother who is trapped between rationality and the unexplained as she becomes convinced her little boy has been transformed by something sinister from the depths of a mysterious sinkhole.

John Keville and Conor Barry of Irish production outfit Savage Productions produced, Benoit Roland of Wrong Men in Belgium and Ulla Simonen of MADE in Finland are co-producers. Funding came from The Irish Film Board with the participation of Head Gear Films.

Finally, Bankside has also sealed multiple deals on Adam Randall’s I See You, including

Starring Oscar-winner Helen Hunt, the film follows a small-town sheriff and his family as he investigates the disappearance of a young boy. Producers are Matt Waldeck and Ben Hecht (Zodiac Features). Financing came from Head Gear Films with the support of Quickfire Films.

Stephen Kelliher, Director of Bankside Films, said “We are thrilled on behalf of our filmmakers to see such a positive reaction across the current slate and to be working with our first-class distribution partners round the world.”