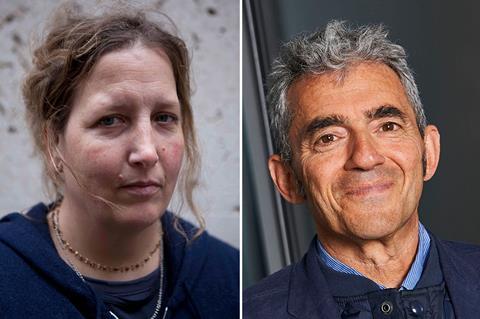 BBC Films and Film4 heads Rose Garnett and Daniel Battsek provided an intriguing insight into the inner workings of their organisations at the ’Behind the Scenes with the Broadcasters’ panel hosted by Ben Roberts, deputy CEO of the British Film Institute  at the UK Film Centre in Cannes this Saturday (May 18).

What happens to an emailed script that turns up unsolicited in the in-boxes of the broadcasters’ film arms?

“Everything gets read,” Garnett told an audience that included many independent producers. At the same time, she reminded the panel, “We are commissioners… we work for a broadcaster that is licence fee-funded but that doesn’t mean we are an open door.”

Generally, BBC Films will only consider projects that have an agent or producer attached. (BBC Writersroom has an open submission forum called ‘Script Room.’)

Battsek, director of Film4, talked up his “energetic, well-connected” commissioners, who are “out and about, meeting as many aspiring filmmakers as they possibly can, wherever they might find them”.

Film4 has a team of 20. Battsek described the company as “a little bit like an island state” within broadcaster Channel 4 and as a “full-service operation,” with production finance, business affairs, marketing and publicity sitting alongside creative. This enables Battsek and his team to follow a project’s progress all the way from development to release.

The companies have been involved in Oscar -winning films including Three Billboards Outside Ebbing, Missouri and The Favourite. These generate positive publicity and welcome profits but Battsek made it clear that chasing “big commercial winners” is a perilous business. “Yes, there is the opportunity for the most reward but there is also the downside that if they don’t work, then you can find you create a bit of a hole in your budget.”

Both also insisted they were “very keen to work with great filmmaking voices” whether or not they are British. BBC Films is one of the backers of New York-based Eliza Hittman’s Never Rarely Sometimes Always, produced by the team behind Moonlight.

“It’s a fascinating project from a brilliant young filmmaker… who happens to be American. It is not very British but it is very universal,” the BBC Films chief said of the film, about a woman struggling with an unintended pregnancy.

“It began in the UK, the story. Eliza’s initial idea, which we developed with her, was to do the story set in the Republic of Ireland. Then the referendum [on abortion] happened and, at the same time, people were changing in the US - so we migrated the story across [to the US].”

Garnett added Hittman “is probably the furthest we will ever go in terms of where we put our money” but also pointed out the BBC is a “global brand.”