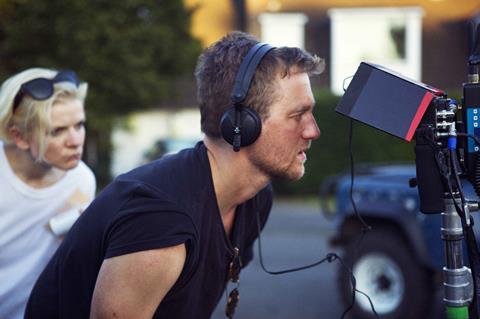 Michael Pearce on the set of ‘Beast’

Michael Pearce, the director of 2017 breakout Beast, has been tapped to direct sci-fi Invasion for production outfit Raw and Film4.

Pearce will direct from a script by Joe Barton, the writer whose credits include features The Ritual and iBoy, as well as Channel 4 series Humans. Plot details for Invasion are largely under wraps but the film is a US-set sci-fi thriller.

Katherine Butler, who runs Raw’s Film and TV Drama team, will produce the feature, which has been developed with Sam Lavender at Film4. Production is gearing up for 2019.

Raw’s most recent credit was Bart Layton’s heist thriller American Animals, which was developed and financed with Film4. The company is now working with Film4 on a narrative version of its documentary Three Identical Strangers, which has taken more than $12m at the US box office via Neon and releases in the UK via Dogwoof on November 30.

Katherine Butler said: “We loved Michael’s short film Rite, and when we saw the hugely accomplished Beast we felt Michael had surpassed all our expectations – the brilliantly unnerving genre-warping tension that Michael found, coupled with the incredible performances he drew out of his leads made it crystal clear to us that he would do something extraordinary with Joe’s riveting script.”

Pearce’s Beast starred breakout star Jessie Buckley and Johnny Flynn. It was released by 30West in the US and Altitude in the UK. The director’s short film Rite was nominated for a Bafta in 2011, when he was also a Screen Star of Tomorrow.