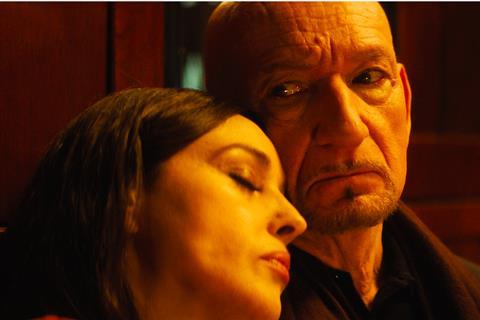 Ben Kingsley and Monica Bellucci in Spider In The Web

London-based Film Constellation has sold out its Ben Kingsley and Monica Bellucci spy drama Spider In The Web and struck a North American deal with Vertical Entertainment.

Eran Riklis’ latest film centres on a young agent dispatched to follow an older operative whose behaviour has come into question and is following a tip on a chemical weapons sale to a Middle Eastern dictatorship.

Peter Jarowey and Josh Spector negotiated the deal for Vertical. The film is in post and is set for a fourth quarter theatrical release.

“I’m super proud to bring this suspenseful, intriguing and emotional story to the screen,” said Riklis, whose credits include Berlin 2008 Panorama audience award winner Lemon Tree, and 2012 Toronto selection Zaytoun. “With truly wonderful performances, a strong and timely plot and a very personal vision, I’m sure Spider In The Web will touch the hearts of audiences worldwide”.