Berlin: 'The Other Side Of Hope' tops Screen's final jury grid 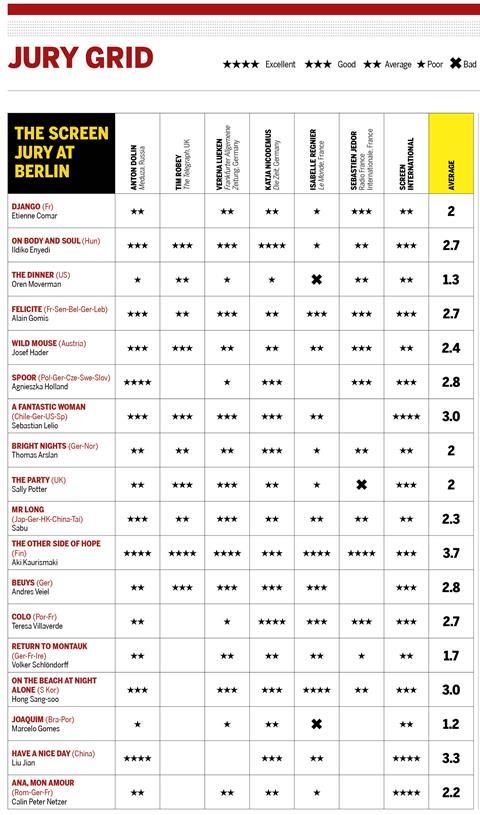 The final scores have now been submitted for Screen’s 2017 Berlin jury grid and the winner has been crowned.

Reigning atop the pile of competition titles is Aki Kaurismaki’s The Other Side Of Hope, which clocked an impressive average rating of 3.7 from a possible four stars from Screen’s jury of international critics.

A late entrant was Liu Jian’s Have A Nice Day, which landed in second position on the Grid’s final day with 3.3 (though three scores were not submitted).

The final day’s other new title was Calin Peter Netzer’s Ana, Mon Amour, which scored a middle-of-the-pack 2.2 (with two scores not submitted).

Rounding out the overall top three was Sebastian Lelio’s early pace-setter A Fantastic Woman, which clocked 3.0, and Hong Sang-soo’s On The Beach At Night Alone, also on 3.0.

Propping up the grid was Marcelo Gomes’s Joaquim, on 1.2 (with two scores unsubmitted), and Oren Moverman’s The Dinner, on 1.3.