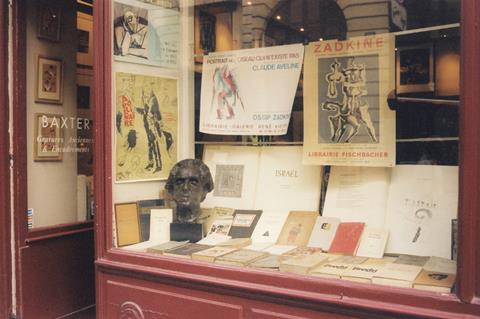 Contemporary is planning a theatrical release for early 2021 at independent sites including the ICA and Ciné Lumière in London, and HOME in Manchester.

The film launched as a Special screening at this year’s Berlinale, where Ottinger was also awarded the Berlinale Camera – an honorary award given for a unique contribution to film.

Paris Calligrammes resurrects Ottinger’s time living in Paris as an artist in the 1960s, including the literary cafés and jazz clubs of the old Saint-Germain-des-Près and Latin Quarter. The film revisits Ottinger’s encounters with Jewish exiles, life in the artistic community, and the political upheavals of the Algerian War and May 1968 civil unrest.

The film is produced by zero one film in co-production with Idéale Audience, INA, and ZDF/3sat. It was funded by the Federal Government Commissioner for Culture and the Media (BKM), FFA Filmförderungsanstalt, Medienboard Berlin-Brandenburg and Center National du Cinéma.

Contemporary Films was established in 1951 by Charles Cooper, who ran the company until his death in 2001. It is currently owned by Eric Liknaitzky; releases from the last few years include Josef Urbach - Lost Art (2018), Tracking Edith (2016), and Uncle Howard (2016).