Fifteen of Britain’s up and coming film-makers to attend five-day professional development programme. 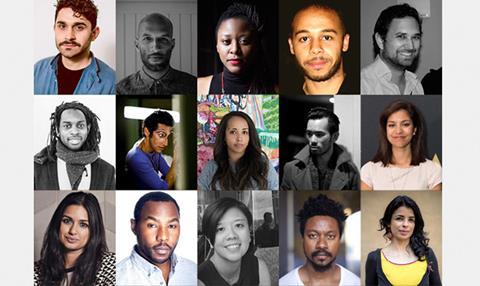 The BFI has revealed the 15 writers and directors taking part in the NET.WORK@LFF professional development programme at this year’s BFI London Film Festival (Oct 5-16).

This year’s NET.WORK event focuses on emerging film-makers from British black, Asian and minority ethnic (BAME) backgrounds from across the UK. The programme also mirrors the festival’s headline industry event, the LFF Black Star Symposium (Thursday, 6 October), which will be opened by British actor and producer David Oyelowo.

During the course of the five-day programme (Oct 6-10) which is supported by the BFI with National Lottery funding, the 15 writers and directors will be participating in masterclasses, screenings, networking and one-to-one sessions with visiting international film-makers and executives whose films are screening at the festival.

The delegates include Toby Fell-Holden, whose short Balcony won a Crystal Bear in Berlin’s Generation 14plus strand this year, and was nominated for Best British Short at the 2015 BIFAs; Aleem Khan, whose short Three Brothers was nominated for a BAFTA in 2015 and who was one of Screen’s Stars of Tomorrow in 2015; and Melissa Iqbal, whose NFTS graduation script, The Death Engine, won the Academy Nicholl Fellowship, was on the Brit List and is now in development with Warp Films.

The below film professionals will all take part in this year’s BFI NET.WORK event at LFF.

Julie Dash will open this year’s NET.WORK programme as the keynote speaker as well as presenting her film Daughters Of The Dust.

Clare Stewart, BFI London Film Festival Director, said: “The BFI London Film Festival is committed to supporting emerging UK film talent and we are proud to take that further this year by promoting real action on diversity. We want to create positive change - for filmmakers, the industry and audiences - not only by presenting opportunities for debate like the LFF Black Star Symposium, but by creating tangible opportunities for emerging black, Asian and minority ethnic filmmakers to meet, learn and be inspired by many of the international filmmakers and industry professionals who come to London for the Festival.”

Lizzie Franke, Senior Production Executive for the BFI, said: “We are delighted to be welcoming 15 participants to NET.WORK@LFF representing some of the finest new writers and directors coming out of the UK who have already proven themselves with award-winning shorts, low budget features, theatre and TV work. On the cusp of what we believe will be great feature film careers, the group will have a unique opportunity during this five day programme within the Festival to meet and learn from the best of world-class filmmaking talent visiting the Festival.”