Carol Morley’s The Falling to screen In Competition. 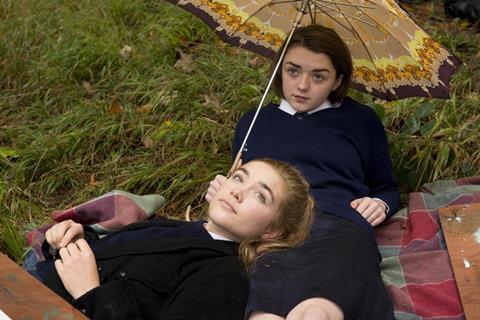 An excerpt from The Legend of the Willow Patterned Plate (1926), newly restored by the BFI National Archive, will screen at the opening night gala on April 16.

Carol Morley’s The Falling, supported by the BFI, is also screening In Competition at the festival on April 18 with young star Florence Pugh, who plays Abbie in the film, attending the red carpet premiere.

An extract of the restored The Legend of The Willow Patterned Plate will premiere with a live orchestral accompaniment at the festival’s opening night gala event, 89 years after its original premier in Shanghai at The Carlton Theatre on April 8 1926.

The film was thought to be lost until it was discovered by BFI curators researching the China on Film collection launched on BFI Player last year.

It tells the tragic story of the elopement of a mandarin’s daughter with her father’s secretary, and how the vengeance of a disappointed suitor overtakes and destroys the two lovers. The film’s story was widely publicised as an authentic adaptation of a traditional Chinese legend. However, that ‘legend’ seems not to be Chinese at all, but in fact a concoction of 18th century English potters – conjured up to help market their new ‘willow pattern’ decorated china, manufactured in the style of traditional Chinese porcelain.

Shot in a Shanghai studio, with exterior scenes filmed in Hangzhou, the film was financed and produced by British American Tobacco and is significant as the first film with an all-Chinese cast to be distributed internationally. The film was a hit with British audiences and its London premier on Feb 27, 1927 was attended by Queen Mary, who was captured on film leaving the theatre afterwards.

At the opening night gala of the festival, Nevill will also present the recent BFI National Archive restoration of Modern China, depicting life in Beijing in 1908, as a gift to the Beijing International Film Festival on behalf of the BFI.

Activity and involvement in the festival is part of an ongoing cultural and industrial exchange between the BFI and China.

At the GREAT Festival of Creativity in Shanghai last month the BFI presented of one of the earliest films of China to survive anywhere in the world from the BFI National Archive Nankin Road, Shanghai (1901).

The BFI presented a year-long programme of activity with China: Electric Shadows in the UK in 2014,  including a series of rare early films entitled ‘Shanghai on Film: 1900-1946’ exploring life and landscape in Shanghai during the first half of the 20th century.

The BFI has also hosted two film industry trade delegations to China in the last year and screened presentations of the BFI’s restorations of Alfred Hitchcock’ early silent films across China in 2013.