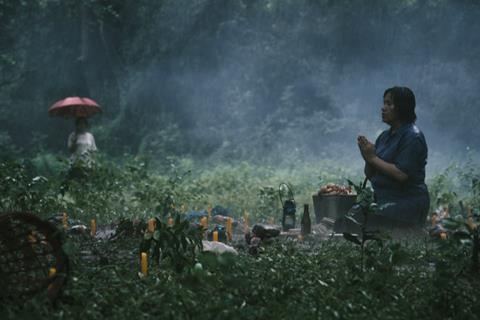 The film made its world premiere at the Bucheon International Fantastic Film Festival (Bifan) where it won the top Best of Bucheon prize last night (July 15). It opened locally on July 14 and is sitting atop the box office chart so far with more than 253,000 admissions.

The film previously pre-sold to France (The Jokers Films).

Korean director Na, whose hit films such as The Chaser, The Yellow Sea and The Wailing have all screened in past Cannes’, wrote the original story with Choi Cha Won and collaborated with Thai director Pisanthanakun, whose credits include the hit supernatural horror comedy Pee Mak and Shutter.

Nathan Huang, acquisitions exec at Taiwan’s MovieCloud, described The Medium as: “A new type of horror film mixed with supernaturalism, exorcism and occultism which will make people feel scared to their bones.”