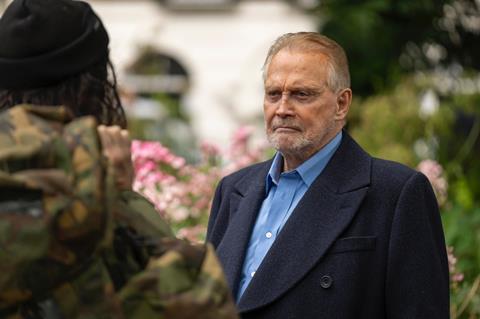 Bleiberg/Dimbort has struck deals in multiple territories including the US on Daniel Zirilli’s Renegades, starring Nick Moran, Lee Majors and Danny Trejo.

The film follows a band of former Special Forces comrades who seek to avenge the death of their Green Beret friend after he is murdered by a London drug gang that has been threatening his daughter. Produced by the UK’s Shogun Films, producer Jonathan Sothcott said work was underway on developing a sequel.

Shogun Films’ next project with Zirilli is contained US action siege thriller Crossfire, now in pre-production, with cast to be announced soon. It will be followed by Crackdown, which sees an unconventional US lawman teaming up with a Scotland Yard detective to bring down a ruthless European drugs gang.

The Bleiberg/Dimbort Cannes sales slate includes Boudica to star Olga Kurylenko, which is set for a Wales shoot this autumn, and remaining territories on In The Land Of Saints And Sinners, starring Liam Neeson.