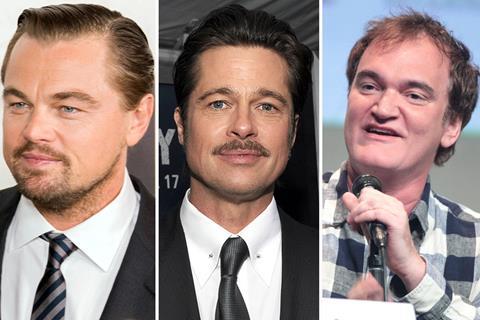 Brad Pitt has joined Leonardo DiCaprio on Quentin Tarantino’s ninth film, which Sony Pictures said on Wednesday evening (February 28) will be called Once Upon A Time In Hollywood and will open worldwide on August 9, 2019.

Pitt and DiCaprio, who worked with Tarantino on Inglourious Basterds and Django Unchained, respectively, will star as friends in Los Angeles in 1969. Margot Robbie is reportedly on board to play the late Sharon Tate, who was murdered by followers of cult leader Charles Manson.

In a statement Tarantino said Once Upon A Time In Hollywood is “a story that takes place in Los Angeles in 1969, at the height of hippy Hollywood. The two lead characters are Rick Dalton (Leonardo DiCaprio), former star of a western TV series, and his longtime stunt double Cliff Booth (Brad Pitt). Both are struggling to make it in a Hollywood they don’t recognize anymore. But Rick has a very famous next-door neighbor…Sharon Tate.”

The filmmaker added: “I’ve been working on this script for five years, as well as living in Los Angeles County most of my life, including in 1969, when I was seven years old.

“I’m very excited to tell this story of an LA and a Hollywood that don’t exist anymore. And I couldn’t be happier about the dynamic teaming of DiCaprio & Pitt as Rick & Cliff.”

Tarantino made the news recently when his Pulp Fiction and Kill Bill star Uma Thurman claimed in an interview with The New York Times that the director forced her to drive a convertible on the Mexico set of Kill Bill after she expressed reservations over the safety of the stunt. Thurman crashed the car into a tree and Tarantino was recently quoted in an article saying the incident was “the biggest regret of my life.”