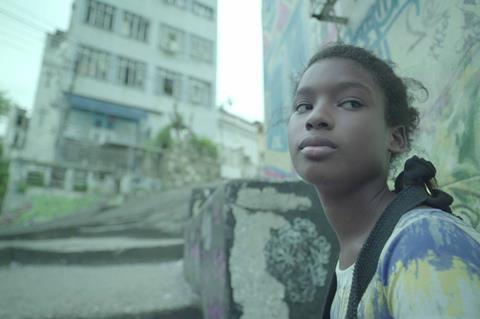 With Darren Aronofsky as a producer, the film is set in a favela in Rio de Janeiro.

The jury, led by Irish filmmaker Neil Jordan, also awarded Pacified the Silver Shell for best actor to Bukassa Kabengele and the Jury prize for best cinematography to Laura Merians.

Paxton Winters, a reporter and filmmaker, got to know life in the favelas he portrays living there before he tackled Pacified. According to Winters, his film “tries to avoid stereotypes in the portrayal of violence, to not show it as something sexy, and to focus instead on the perspective of the people who experience it every day”.

One of the two films in this year’s competition dealing with the Spanish Civil War alongside While At War by Alejandro Amenábar, The Endless Trench centres on the aftermath of the conflict and recreates the little-known story of the people in Spain who lived in hiding in their own homes for more than 30 years in order to escape being executed by the Franco regime. It stars Antonio de la Torre (The Kingdom) and Belén Cuesta (Holy Camp!).

The Silver Shell for best actress was shared by German actress Nina Hoss for her performance as a violin teacher in mid-life crisis in Ina Weisse’s The Audition; and Greta Fernández for A Thief’s Daughter, a Spanish production by first time director Belén Funes.

The Audience Aaward went to Olivier Nakache and Éric Toledano’s Cannes 2019 closer The Specials (Hors Normes); while the audience award for best European film was won by Ken Loach’s Sorry We Missed You.

The closing gala followed a ceremony the previous night in which Penélope Cruz was awarded the honourary Donostia award. As a surprise for Cruz, the award was presented by her friend Bono, lead singer of the rock group U2.

A visibly-moved Cruz then gave a speech thanking the festival and taking the opportunity to raise a voice against violence against women.