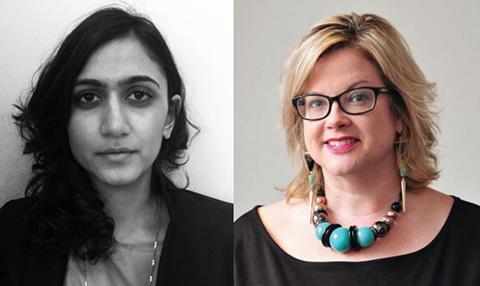 Jemma Desai takes the newly created post of film programme manager (shorts and global exhibition), and she will lead the British Council’s Shorts programme including overseeing its Travel Grant fund for short filmmakers, and will develop a new global touring film initiative.

Desai joins the British Council from the Independent Cinema Office (ICO), where she was a film programmer. Alongside her part time British Council position she will continue as a strand programmer for the BFI London Film Festival

Before joining the British Council, Mitchell was editor of Screen International, and alongside her part-time post at British Council she continues as a contributing editor and nordic correspondent for Screen.

Briony Hanson, British Council’s director of film, said: “These appointments are fantastic news for the British Council and for the UK’s film sector. We have been working hard over the last few years to find international opportunities for UK film together with a range of partners and being able to increase the team this year shows the value that our organisation places on Film as a tool for its cultural relations work. These three new members of staff with their wealth of experience across different fields will be tremendous advocates for UK film and filmmakers on the international stage, and we are looking forward to seeing them develop a series of ambitious new projects.”