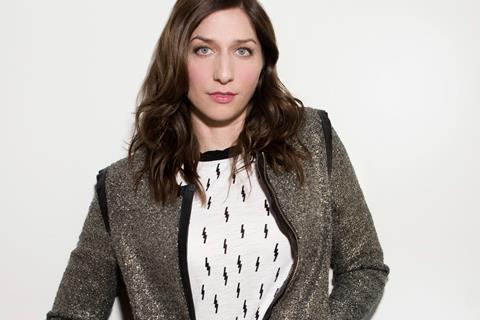 Peretti most recently appeared in Warner Bros’ Game Night opposite Jason Bateman and Rachel McAdams and has completed shooting Friendsgiving with Malin Akerman and Kat Dennings.

In addition to five seasons of Brooklyn Nine-Nine and her Netflix stand-up special One Of The Greats, she has appeared in HBO’s farewell season of Girls, Fox’s New Girl, and Comedy Central’s The Kroll Show, Drunk History, Another Period, and Sarah Silverman Program.

Andrea Dorfman is directing Spinster from an original screenplay by Jennifer Deyell about a woman who fears she will become pathetic and lonely after she gets dumped on her 39th birthday.

The project is currently in production and is financed in part by Telefilm Canada and Nova Scotia Business Inc.

“We’re happy to have Chelsea on board. Her energy and wit will make the main character someone you want to root for,” Tetreault said.

“I’ve been a fan of Chelsea’s since she was in The Kroll Show,” said Woods. “Chelsea was one of the stand-outs of Brooklyn Nine-Nine; she would come into a scene and own it with just one line. It’s all in her delivery,” Dahl added.

“Her timing and physicality are magnificent; she is truly a comedic force,” Niven said.