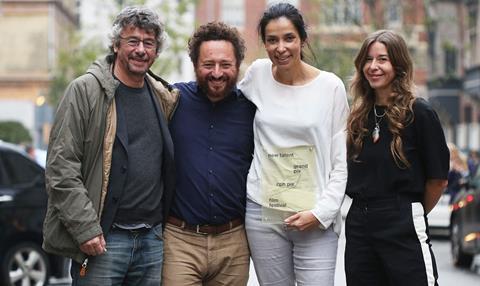 The film, which is co-produced by new Danish production company Snowglobe, previously won the Golden Leopard in Locarno. It tells the story of a young physiotherapist struggling to survive in an economically depressed mountain town in post-Communist Bulgaria, who forms an unlikely bond with one of her elderly patients.

The award to the best children’s film, which comes with $3,300 (€3,000), went to Alexandra Therese Keining’s Girls Lost, from Sweden. The jury was aged 11 to 14 and said, “The taboo themes surrounding gender identity and sexuality are relevant for most teenagers. The film stays engaging and entertaining to the end. It might be difficult to understand for children under the recommended age, but it touches subjects that are relevant for discussion. The themes contribute to a wild, surreal and heart wrenching film experience.”

It was the first time the award was presented during CPH PIX, as part of the festival’s BUSTER programme for schools and families.

CPH PIX is held in new autumn dates this year, moving from its previous April slot and also merging with children and youth festival Buster, which was formerly presented during September.

The winner of Politiken audience award was Heartstone, the Icelandic-Danish production by Icelandic director Gudmundur A. Gudmundsson. The coming-of-age story is about two boys growing up in a small Icelandic fishing village.

CPH PIX kicked off with the world premiere of Marvel’s Doctor Strange, with hometown hero Mads Mikkelsen in attendance. Directors attending the festival include Amat Escalante with The Untamed, Elite Zexer with Sand Storm, Pernilla August with A Serious Game, and Gabe Klinger with Porto.

The festival continues through Nov 9, with guests visiting this week including American producer/writer/director James Schamus and British director Terence Davies (who is the subject of a retrospective).