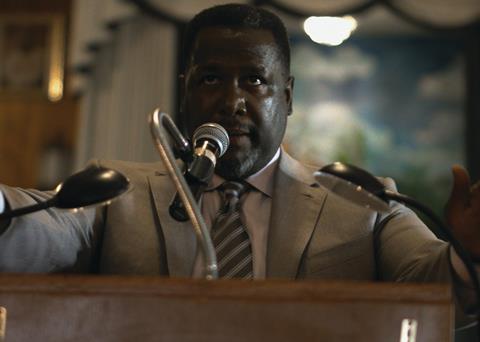 Nineteen-year old Phillip Youmans became the first African American to win The Founders Award for best US narrative feature at the Tribeca Film Festival when Burning Cane received the top honour on Thursday (2).

Youmans, 19, already the youngest filmmaker to have a feature in the festival (he was 17 when he directed the story of a troubled preacher starring best actor award-winner Wendell Pierce), receives $20,000 sponsored by AT&T.

The jury of Lucy Alibar, Jonathan Ames, Cory Hardrict, Dana Harris, and Jenny Lumet said of Burning Cane: “The Founders Award goes to a voice that is searingly original. One of the jurors compared this filmmaker’s unique voice to a latter day Faulkner, Welty, Williams. We loved this filmmaker’s vision and we love this filmmaker’s inevitable brilliant future. We are honored to present this award to Phillip Youmans for Burning Cane.”

Youmans was one of three first-time directors to win the three main feature awards in New York, while women claimed all four short film prizes.

Best Documentary Short
Learning To Skateboard In A Warzone (If You’re A Girl, UK), directed by Carol Dysinger.

“I’m so proud to see our juries reward a group of winners that is truly representative of the diversity of story and accomplishment in craft at this year’s festival,” said festival director Cara Cusumano. “We are particularly excited for the many first-time filmmakers the jury chose to recognise, and feel like this year’s winners signal a bright future ahead for independent film.”

This year’s Tribeca Film Festival included 113 features, 63 shorts, and 33 immersive storytelling projects representing 44 countries. Screenings of the award winners will take place throughout the final day of the festival on May 5 at various venues. For the complete list of winners click here.