What We Did On Our Holiday sells across Europe, Asia 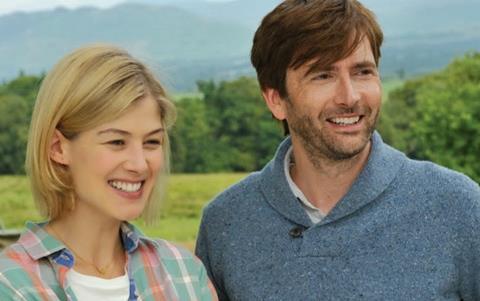 UK sales outfit Independent has secured multiple deals on Origin Pictures production What We Did On Our Holiday, the comedy from the team behind hit TV series Outnumbered.

Rosamund Pike and David Tennant star as the parents of three charming but eccentric children who make an eventful trip to Scotland to visit their grandfather, played by Billy Connolly.

Writer-directors are Guy Jenkin and Andy Hamilton, who wrote family comedy series Outnumbered for the BBC. Producer is Origin Pictures with backers including BBC Films and Creative Scotland.

Andrew Orr commented: “What We Did on Our Holiday is both extremely funny and very charming.  I think it says something about the film’s universality that it is being picked up by top tier distributors in some quite diverse territories.  It’s the perfect heart-warming comedy for these chastened times”.

Sales, production and distribution outfit Independent, which previously produced and sold Lynne Ramsay’s We Need To Talk About Kevin, and recently sold David Mackenzie’s Starred Up - released by Fox Searchlight in the UK - is currently in post-production on Carol Morley’s The Falling.