'Call Me By Your Name' wins at Singapore International Film Festival 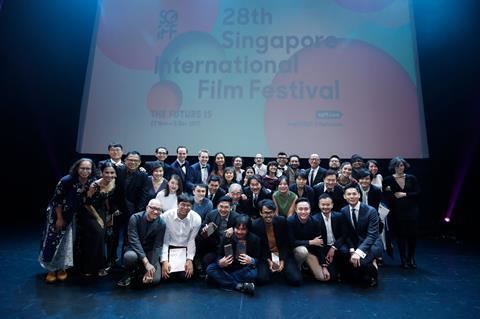 The winners from the Singapore International Film Festival awards

Luca Guadagnino’s Call Me By Your Name was announced today (Dec 3) the winner of the Audience Choice Award at the 28th Singapore International Film Festival (SGIFF), which came to a close this weekend.

Over the past 11 days, more than 14,000 festival goers were drawn to the festival’s film screenings, panel discussions, talks and masterclasses. A total of 112 feature and short films from 42 countries were screened, including 31 sold-out screenings, the highest since the festival returned in 2014.

The Silver Screen Awards were revealed on Nov 30 at the Marina Bay Sands Grand Theatre, giving out a total of 14 awards. The other winners from the Asian feature film section are Sadaf Asgari who earned the best performance award for Disappearance, Anucha Boonyawatana who won best director for Malila: The Farewell Flower and Matan Yair’s Scaffolding which received a special mention.

SGIFF executive director Yuni Hadi said: “As a platform that aims to be a tastemaker in inspiring the discovery of independent cinema, we are heartened to see fruitful dialogues facilitated; achievements of our regional talents celebrated; and new friendships forged.”

Tan Wei Keong of Between Us Two

Most Promising Project of the Southeast Asian Film Lab

A Useful Ghost by Ratchapoom Boonbunchachoke