Can AI help the film industry? 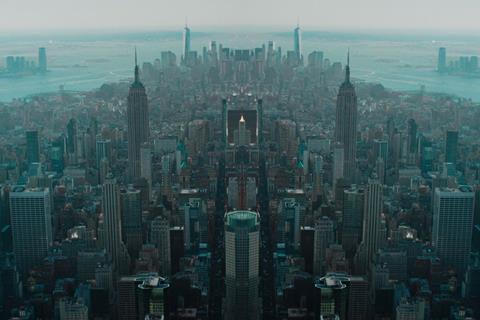 “It’s really important that we remain human storytellers, that we don’t just throw our stories through machine learning,” she said. “The best art in the world is created by error and human madness, and beautiful fantasy that we have.

”Soon we can programme our emotions into AI, AI can sense how we feel, but do we remain human? In that process let’s play with machine learning and let’s get more efficient where it’s useful, but being efficient is not always the best answer.”

Hessen Schei is the director of iHUMAN, a new feature documentary about the growth of AI and the issues that raises, which premiered at IDFA before screening in Tallinn. She noted that she shot more than 80 interviews for the film for five years, and even though she loves the editing process, she was fascinated what an AI would have edited out of all that content. “I thought wouldn’t it be fabulous to throw all this material in and see what an AI came up with, if we had more money we could have tried that just to compare. But I really believe in human unpredictability.”

She noted that AI tools could become particularly helpful in certain sectors. “VFX and animation, where it can free up creativity. There, I think things are going to explode.”

Hessen Schei warned that the world of AI could be headed towards the 1% vs the 99%. “We are seeing so many AI tools coming into the film industry… A lot of these tools are available for huge production companies who can do deep fakes. It’s important to remember we will see a big gap for a long time from those who have money and those who don’t. I fear that gap will widen and funding will go to those who have money to use those tools. It will be harder and harder to get a diverse span of voices that will be heard in the market,” she said.

She said that the US and China seemed to be leading the AI race, and that “Europe is falling behind.” Yet she noted that Europe had an important role to play both in financing AI technology development as well as creating ethical guidelines for AI.

Danielle Turkov Wilson of Belgium’s Think-Film Impact Production, a co-producer on iHUMAN, agreed that ethical guidelines are needed. “The reality is that we [as a general population] don’t have a voice in this right now, but it’s not too late. By understanding what’s at threat is how we can actually stand up and have a voice… The EU can really pioneer itself as an AI developer that considers the human-centred AI.” She recommended more interactions between governments and corporate responsibility concerning AI.

Wilson added, “With AI, we will actually be able to see what users have seen or understood in content, or what impact messages are received. This could also be dangerous in the wrong hands.”