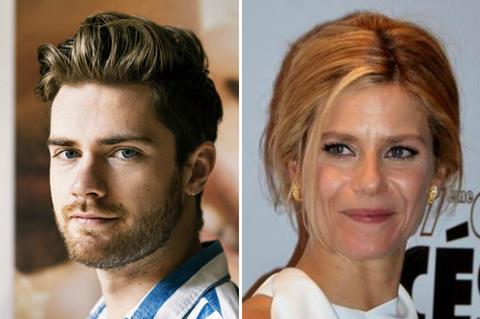 Dhont participated in the Cannes Cinéfondation Residence in 2016 with the script of his first acclaimed feature Girl, which won the Caméra d’Or for best first feature in Un Certain Regard in Cannes last year. He is now working on his second feature.

Foïs was nominated for the César for most promising actress in Filles Perdues, Cheveux Gras in 2003. She followed that up with best actress nods for Darling in 2008, 2011 Cannes Competition selection Polisse in 2012, Irréprochable in 2017, and Un Certain Regard 2017 entry L’Atelier in 2018. The actress appeared in the 2018 Gilles Lellouche comedy and Cannes 2018 selection Le Grand Bain, and earlier this year garnered a Molière awards nomination for her portrayal of Hervé Guibert on stage in Les Idoles by Christophe Honoré.

Buenos Aires-born Alonso’s Los Muertos screened in Directors’ Fortnight in 2004. Two years later, he completed his trilogy with Fantasma. Liverpool screened in Cannes in 2018, and Jauja, set in 19th century Denmark and Argentina and starring Viggo Mortensen, which won the FIPRESCI award in Un Certain Regard in 2014.

Şekerci-Porst has worked with German director Fatih Akin since 2005. They co-founded the production company Bombero International in 2012 and produced The Cut and In The Fade, which premiered in Cannes 2017 and earned Diane Kruger the best actress award.

The jury will announce its prize winners on May 24 at the Un Certain Regard closing ceremony. Cannes announced the Competition jury on Monday.