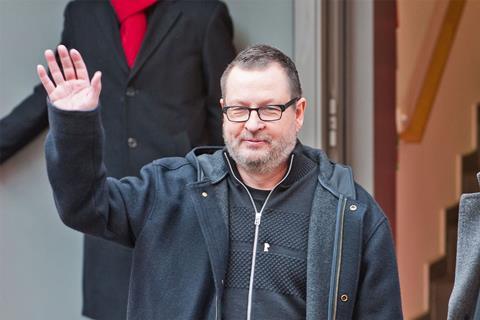 Cannes Film Festival delegate general Thierry Frémaux hinted again on Tuesday that Danish director Lars von Trier’s “persona non grata” status is on the verge of being lifted and that he could be invited to the Cannes Film Festival with his new film The House That Jack Built.

“Pierre Lescure, the president of the Cannes Film Festival, has been working very hard in the last few days for the removal of the persona non grata status which was put in place five years ago, in the belief that it was time to make space for him again as cineaste,” Frémaux said in an interview on the Europe 1 radio station this morning when quizzed on whether the Danish director would be returning to Official Selection.

In the same interview, Frémaux also confirmed that Cannes competition regular Russian director Andrey Zvyagintsev, who won the Cannes Jury Prize for Loveless last year, would be in the jury presided over by Cate Blanchett. The rest of the jury has yet to be announced.

He revealed that the director was currently doing “an accelerated English course” in order to be able to participate fully in the deliberations.

Frémaux said at the line-up press conference last Thursday (April 12) that there would be fresh additions to the line-up over the coming weeks. Speculation is rife that these films could include The House That Jack Built and Claire Denis’s High Life, which the selection committee is believed to have watched last week.

Von Trier was declared “persona non grata” by the Board of Directors of the festival in 2011, following Nazi comments in the press conference for his Palme d’Or contender Melancholia.

The director called himself a Nazi and said he “sympathised with Hitler a little bit”. He quickly issued a statement apologising for the comments and has since reaffirmed his regret over the faux pas and distress it caused many times since.

Prior to being banned, von Trier premiered nine of his films in Competition at Cannes including Dancer In The Dark, which won the Palme d’Or in 2000 and Breaking The Waves, which clinched the Grand Prize of the Jury in 1998.