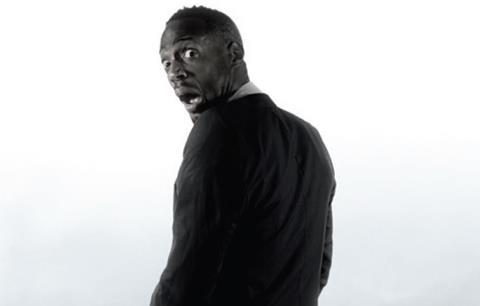 The titles include spoof 50 Shades Of Black, acquired from IM Global. The film, a spoof of box office smash 50 Shades Of Grey, is in pre-production and stars Marlon Wayans. Director is Michael Tiddes (A Haunted House)

The deal was negotiated by Al Munteanu and Ingrid Pittana on behalf of SquareOne Entertainment and by Michael Rothstein on behalf of IM Global.

SquareOne has also acquired sci-fi She Who Brings Gifts from from Altitude Film Sales. Currently filming with Glenn Close, Gemma Arterton and Paddy Considine, it is directed by Colm McCarthy.

Adapted by M. R. Carey from his critically acclaimed novel The Girl With All The Gifts, the story centres on a scientist and a teacher living in a dystopian future who embark on a journey of survival with a “special” young girl named Melanie.

The deal was negotiated by Munteanu and Pittana on behalf of SquareOne Entertainment and by Mike Runagall on behalf of Altitude Film Sales.

Dance film High Strung has been acquired by SquareOne from Bloom. The completed film was directed by Michael Damian.

Featuring 62 dancers from London, Paris and New York, the film stars Keenan Kampa (the first and only US dancer at Russia’s Mariinsky Ballet) and Nicholas Galitzine as two radically talented dancers from opposite sides of the tracks who need to find harmony to achieve their dreams.

In addition, the German distributor has acquired psychological thriller The PM (De Premier) - about a kidnapping of the Belgian Prime Minister - from FBO and Woestijnvis.

The deal was negotiated by Munteanu on behalf of SquareOne Entertainment and by Hilde De Laere on behalf of FBO and Woestijnvis.