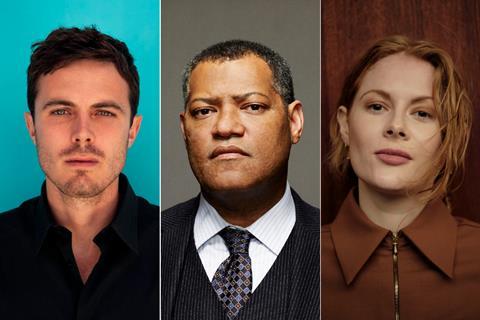 Casey Affleck, Laurence Fishburne and Emily Beecham will star for Mikael Håfström in psychological sci-fi thriller Slingshot which is scheduled to commence production in Hungary on December 1.

The Astral Pictures production in association with Bluestone Entertainment and Hungarian investment fund Széchenyi Funds Ltd is being sold by WME Independent and will film at Korda Studios and locations in and around Budapest.

Tomer Capone and David Morrissey round out the key cast on the story based on a screenplay by R. Scott Adams and Nathan Parker (Moon) about an astronaut struggling to maintain his grip on reality on an endangered mission to Saturn’s moon, Titan.

Affleck won the best actor Oscar for Manchester By The Sea and earned a nod for The Assassination Of Jesse James By The Coward Robert Ford. His credits include Gone, Baby Gone, Out Of The Furnace, Ain’t Them Body Saints and A Ghost Story

Fishburne starred in the first three films in The Matrix franchise and the John Wick franchise, Mystic River and Man Of Steel. His upcoming features include John Wick: Chapter 4 and Paul Feig’s The School For Good And Evil.

Beecham won the Cannes Film Festival best actress award for Little Jo and has starred in The Pursuit Of Love and Daphne. Her credits include Hail, Caesar!, Hafström’s Outside The Wire, and Cruella.