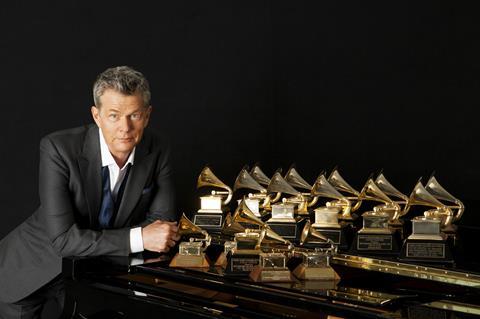 Toronto International Film Festival (TIFF) will host the world premiere of documentary David Foster: Off the Record followed by a TIFF Tribute Gala honour for the Oscar-nominated producer and Celine Dion and Barbra Streisand collaborator in September.

The Victoria, British Columbia–born musician, producer, songwriter, and composer has earned three Oscar nods for best original song including ‘I Have Nothing’ from The Bodyguard, and has won 16 Grammy Awards, an Emmy, and shared a Golden Globe for best original song Quest For Camelot in 1999. His film score credits include St. Elmo’s Fire.

Over the course of a hit-making career Foster has collaborated with the likes of Chicago, Lionel Richie, Quincy Jones, Clive Davis, Kristin Chenoweth, Michael Bublé, Josh Groban, and Streisand and Dion.

TIFF co-head and executive director Joana Vicente called Foster a “global musical genius” who has “left his mark on some of the most timeless songs of today while discovering and launching the careers of the industry’s most talented artists.”