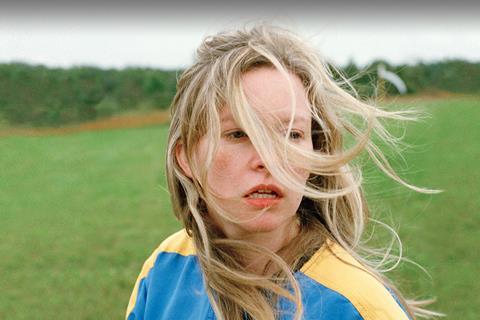 On the eve of Toronto, sales company Cercamon has added Platform world premiere Anne At 13,000 Ft to its Toronto roster.

New York-based Film Maudit represents US and Canadian sales on Kazik Radwanski’s (Tower, How Heavy This Hammer) drama about a volatile young woman, which receives its world premiere on Monday (9).

2015 TIFF Rising Star Deragh Campbell (I Used to be Darker, Stinking Heaven) stars as a single daycare worker in Toronto who undergoes a life-changing experience when she goes skydiving for her best friend’s bachelorette party, and finds herself pushing the limits of what is socially acceptable. Matt Johnson, Dorothea Paas, and Lawrene Denkers also star.

“We’re really thrilled to introduce Anne At 13,000 Ft in Platform Competition at TIFF,” said Sebastien Chesneau of Cercamon. “Deragh’s performance is incredible – she shines all the way through. Director Kazik Radwanski delivered an intense film anyone can relate to.”

“Working with Sebastien and his team at Cercamon is a perfect fit for our film,” said Montgomery. “They have curated a very strong international catalogue over the years and understand the unique qualities of a film like Anne At 13,000 Ft.”