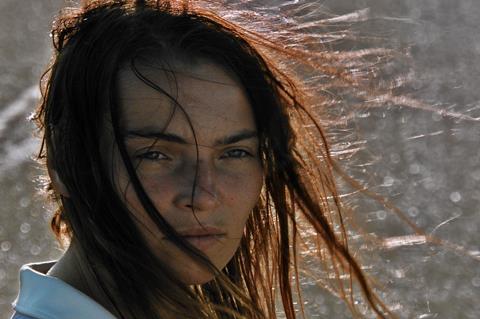 Visual artist Patrycja Planik stars as a woman stranded in New York, who decides to head home to her native Russia on foot. It is a journey that will take her straight across the United States and into the freezing wastes of Alaska.

The film is based on the true story of Lillian Alling, a penniless woman of Eastern European or Russian origin who disappeared in the 1920s while attempting a return by foot to her homeland. After a three-year trek she was last spotted on the banks of the Bering Strait, separating Alaska from Russia.

It marks a first foray into fiction for documentarian Horvath after award-winning non-fiction works such as Helmut Berger, Actor and Earth’s Golden Playground. He spent nine months in the US filming the hybrid drama on the road.

Seidl produced the film under the banner of his Vienna-based Ulrich Seidl Film Produktion Gmbh, which he founded in 2003 with Veronika Franz following the international success Dog Days, which won the grand jury prize at Venice in 2001.

Cercamon will also be in Cannes with Sam de Jong’s Goldie, which world premiered in Berlin and has just screened at Tribeca Film Festival in New York, and Cannes Cinefondation alumni Cenk Ertürk’s Noah Land which premieres in Tribeca’s narrative international competition. Both films will market premiere in Cannes.