Black Panther star Chadwick Boseman has been set to star in and produce STXfilms’ action-thriller 17 Bridges.

Irish filmmaker Brian Kirk (known for his work on Game Of Thrones and feature Middletown) will direct from a script by Adam Mervis. Joe and Anthony Russo, who directed Boseman in Avengers: Infinity War, will produce under their AGBO banner, along with Boseman’s writing and producing partner Logan Coles. AGBO’s Mike Larocca will be executive producer. 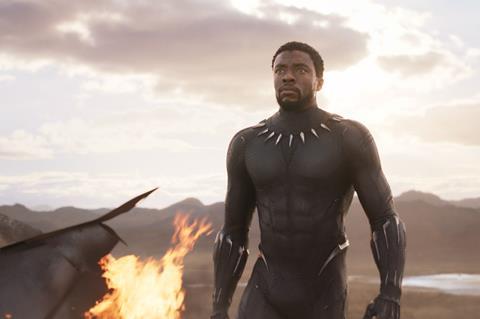 Boseman will play a disgraced NYPD detective given a shot at redemption after joining a citywide manhunt for a cop killer. Production is due to start in September.

STXfilms chairman Adam Fogelson commented: ”STX has assembled a dream team of collaborators on 17 Bridges, bringing together the global talents behind two of the biggest action films ever made to give audiences a thrilling new take on the race-against-the-clock crime drama. Chadwick Boseman’s razor sharp instincts and undeniable charisma captivated millions of people around the world in Black Panther, and Joe and Anthony Russo have breathed a new energy into the action genre with films like Avengers: Infinity War. Their unique and intelligent approach to filmmaking is anything bu formulaic, and with Brian Kirk at the helm directing this promises to go beyond the typical popcorn fare.”