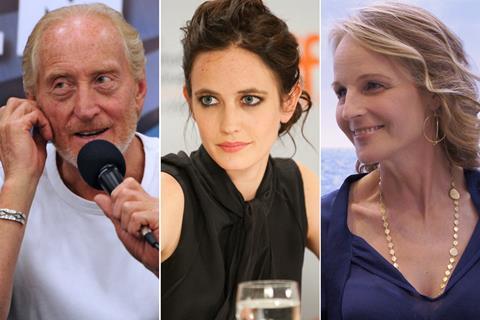 Charles Dance has joined the cast of sci-fi A Patriot alongside Eva Green and Helen Hunt, with the project now heading for an August shoot.

Dan Pringle is attached to direct from an original screenplay he wrote. Adam J. Merrifield is producing through White Lantern Film, which he runs with Pringle.

John McDonnell and Brendan Mccarthy of Fantastic Films have joined the film as co-producers; their feature Vivarium premiered in Cannes Critics Week yesterday (May 18).

Executive producers are Damian Jones and John Giwa-Amu. The project is now in prep and is due to shoot in August 1 in Dublin for six weeks, with The Exchange handling sales in Cannes.

A Patriot takes place in a future authoritarian state that has walled itself away from a world ravaged by climate chaos and resource wars. The story follows an unquestioning Border Corp Captain as she fights to defend the purity of the population, until a chance discovery makes her doubt the authorities she has pledged her allegiance and life to protect.

A Patriot was previously announced with Tim Robbins and Kathy Bates, who both departed due to scheduling conflict and have been replaced by Dance and Hunt respectively.