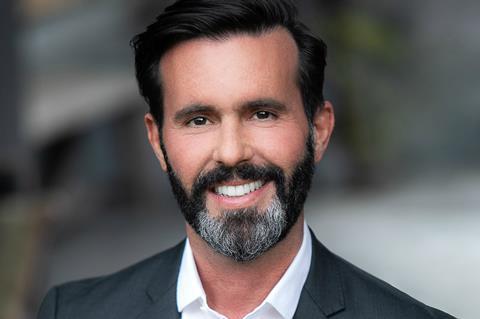 Corwin will serve alongside CEO and President John Penotti, effective immediately. SK Global, launched in March 2017 from the merger of Ivanhoe Pictures and Sidney Kimmel Entertainment and is based in Santa Monica and Singapore.

“The recent successes of Crazy Rich Asians, as well as our local-language TV projects including Delhi Crime, shine a spotlight on SK Global’s domestic and international labels,” said Penotti. “Our goal continues to be to find and develop culturally specific stories that feel authentic for local and international audiences alike. Our deep understanding of the international marketplace continues to guide our current conversations with key international financial, distribution and creative collaborators around the globe. These successes and growth are a direct contribution of our talented teams on the ground in each territory. Charlie Corwin will be an essential partner in leveraging our successes into continued access to the best talent and intellectual property around the world.”

Corwin said, “I’m truly thrilled to be joining SK Global at this time of exciting change in our industry. The groundwork has been laid throughout the world for us to take advantage of this moment of continuous and rapid growth in the active marketplace as multiple media platforms are meeting audience appetites for bold storytelling. I’m looking forward to helping John, Robert and Sidney to lead SK Global’s participation in these new and exciting opportunities.”

He served as co-chairman and CEO of Endemol Shine Americas where he oversaw the 2014 integration of Endemol and Shine in North and South America. His producer and executive producer credits include The Squid And The Whale and Half Nelson.