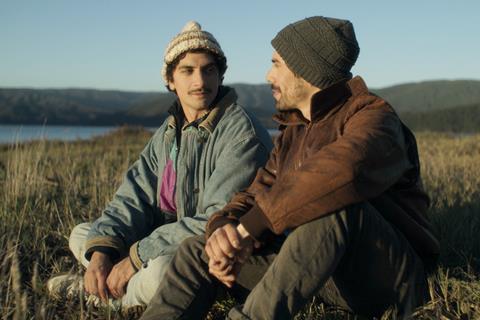 Rights have gone to Salzgeber for Germany and Austria and Sonata Films for France.

Los Fuertes is a longer version of Zúñiga’s 2015 Berlin Teddy Award-winning short San Cristóbal, and will receive its world premiere in October as the opening night film at Valdivia International Film Festival in Chile.

“It’s a very romantic and authentic love story that takes place in remote southern Chile,” said Zúñiga. “A young man who goes to meet his sister and falls in love with a fisherman. It’s about independence and moving to a different stage in life.”

Los Fuertes shot in the first half of 2018 and screened in the works in progress strand of San Sebastian last year. Zúñiga wrote the screenplay and the project got backing from the Chilean Audiovisual Fund and NYU Production Lab at his alma mater. Cinestación partner Dominiga Sotomayor produced.