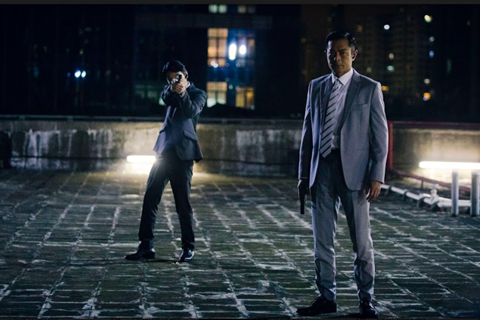 Last week’s box office (Sep 17-23) was the fifth lowest week in 2018, although it picked up a little from the week before, with five new films entering the charts.

It was slightly ahead of Golden Job, another Hong Kong film, directed by action choreographer and actor Chin Ka Lok. That opened with $22.4m from its first three days, enough to top the weekend chart.

The heist comedy reunites  Ekin Cheng, Jordan Chan, Michael Tse and Jerry Lamb  from the popular 1990s Triad series Young And Dangerous. The  new film takes them to exotic locations including Hungary, Montenegro to Japan and Taiwan. Eric Tsang is a producer.

Mission: Impossible – Fallout, starring Tom Cruise, fell to third with $12.5m for $170.5m after 24 days. It is the fourth highest grossing non-Chinese film of the year to date.

Cry Me A Sad River came in fourth with $11.1m from its first three days. The romantic drama is adapted from Tiny Times series director Guo Jingming’s popular novel and directed by Luo Luo, who is also a novelist. It was originally scheduled for the busy National Day holidays.

Ash Is Purest White opened with $5.9m from its first three days, surpassing the lifetime of Mountains May Depart to become arthouse auteur Jia Zhangke’s biggest film at the Chinese box office. The gangster epic, which screened in competition at Canens earlier this year, spans almost two decades, and stars Jia’s muse and wife Zhao Tao alongside Liao Fan.

As the Mid-Autumn festival failed to revitalise the Chinese box office, the baton is now with the upcoming week-long National Day holidays. High-profile titles such as Shadow, Project Gutenberg, Hello Mrs Money and Fat Buddies are all dated for Sep 30.

Read more: In focus - the challenge of getting a US media visa in the Donald Trump era