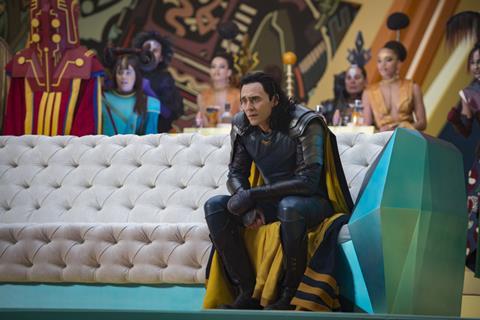 Marvel Studios’ Thor: Ragnarok easily stole the Chinese box office crown in the week of Oct 30-Nov 5, plundering away $51.5m from its three-day opening weekend. This has already surpassed the final gross of the first two Thor films, resetting a new record for the god of thunder franchise in China.

Compared to the two Marvel Cinematic Universe films released earlier this year - Guardians Of The Galaxy Vol. 2 and Spider-Man: Homecoming, the opening weekend of Thor’s third installment fell between the two.

Last week’s box office went up by 13% week-on-week thanks largely to Thor 3 which contributed approximately 46% to the week’s total earnings.

Geostorm stepped down to second place after staying atop for only one week. Warner Bros’ global warming catastrophe film took $22.3m for $54.5m after 10 days, making China the top market worldwide.

Eternal Wave opened in third with $7.1m from its first three days, representing the best local film opening since National Day holidays. Set in war-time Shanghai in the late 1930s, the local spy thriller is directed by Billy Chung and stars Aaron Kwok and Zhao Liying.

Thor: Ragnarok and Eternal Wave are the only two new releases in the top 10, with the rest being holdovers. Kingsman: The Golden Circle, which added $6.2m, almost tied with Never Say Die’s $6.1m. Fox’s action sequel now stands at $66.2m after 17 days, but still lagged behind the original film, while the National Day champion has amassed $309.9m after 37 days from an extended run.

This week’s new releases include Murder On The Orient Express, The Brink (both on Nov 10) and Pokemon The Movie XY&Z (Nov 11).