Chinese companies pull out of CinemaCon over coronavirus travel ban 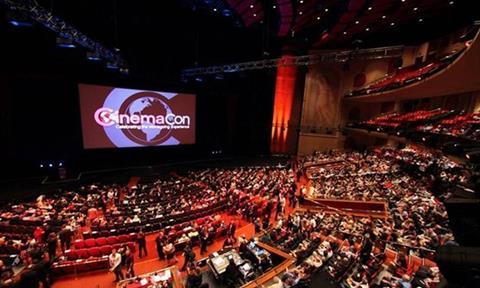 In one of the first clear signs of the coronavirus affecting the film industry within the US, organisers of next month’s CinemaCon exhibitors convention have told attendees that the Chinese companies set to attend the event have pulled out.

In a memo leaked to the media, National Association of Theater Owners (NATO) president John Fithian and CinemaCon managing director Mitch Neuhauser told NATO members and other CinemaCon participants that the Chinese companies “who were to be on hand have all made a decision not to attend CinemaCon 2020, primarily because of travel bans that are in place.”

The memo said the companies – which were not identified - had been due to send around two dozen executives to CinemaCon, taking place March 30 - April 2 in Las Vegas, Nevada.

“We know that some other delegates contemplating attending the show may choose not to attend or may not be able to,” the memo said, while adding that organisers are “closely monitoring the coronavirus situation and want to confirm for you that CinemaCon 2020 will be held as planned and will be a great show.”

The memo went on to tell recipients that “all appropriate measures will be taken to ensure the safety and productivity of our delegates and supporters” at the annual gathering of exhibitors and Hollywood studio distribution executives.

CinemaCon and NATO vouched to give full refunds to organisations or individuals from countries with coronavirus-related travel restrictions that pull out of the event.

Up to now, the US industry has mostly been affected by coronavirus-related events elsewhere in the world. Earlier this week, for example, Paramount Pictures said the shoot in Italy for Mission: Impossible 7 has been postponed “out of an abundance of caution for the safety and well-being of our cast and crew.”

The sequel, with Tom Cruise starring, had been due to start a three-week filming stint in Venice on Monday (February 24). In a statement, Paramount also cited the “efforts of the local Venetian government to halt public gatherings” due to Italy’s coronavirus outbreak as a reason for the shoot’s postponement.

The closure of Chinese cinemas, which have been shut since January 24, could, meanwhile, threaten plans for the scheduled March 27 release in the market of Disney’s live action version of Mulan, which is set in the country and is expected to be a big box office draw for Chinese audiences.

Cinema closures are also affecting the box office takes of films – from the US as well as other territories - on release in Italy.